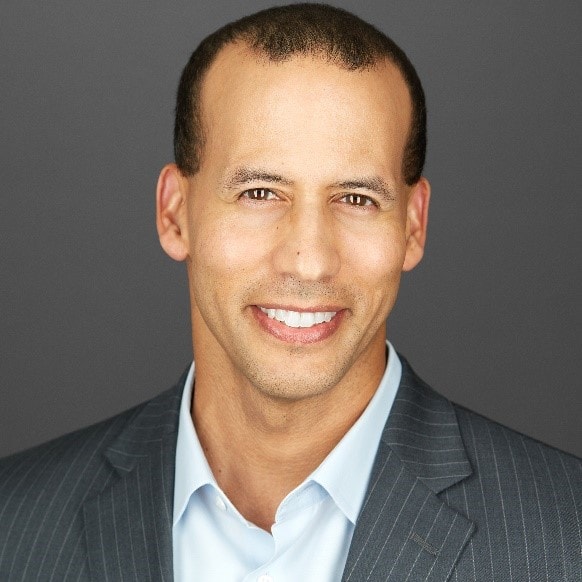 Dan Seals is the Chief Executive Officer of Intersect Illinois, a public private partnership focused on global business development for the State of Illinois.  He oversees all aspects of the organization, including marketing, sales, financing, and personnel.

Dan has spent his career in both the public and private sector.  He previously served as a Director at the American Medical Association, where he led both domestic and international marketing for a large portfolio of business services.  He has also led business marketing for a division of GE Capital, where he helped achieve double digit growth in the specialized real estate sector.  Prior to that Dan led a marketing team at T-Mobile, where he marketed telecommunications products nationwide.

Dan also served as the Assistant Director of the Illinois Department of Commerce and Economic Opportunity, where he oversaw programs for business attraction, small business support, workforce development, tourism, and international trade.  During that time he led the development of the first Illinois Economic Development Plan in years.  Dan has previously served as an adjunct professor of public policy at Northwestern University.  He also won the Presidential Management Fellowship—serving as an aide to the Assistant Secretary of U.S. Department of Commerce and as an economic aide in the U.S. Senate.

Dan holds an MBA from the Booth School of Business at the University of Chicago and a MIPP in International Economics from the School of Advanced International Studies at the Johns Hopkins University.  He was born and raised in Illinois where he resides with his wife and three daughters.

Prior to her roles at Intersect, Kaitlyn served as the Deputy Chief of Staff for the Illinois Department of Commerce and Economic Opportunity (DCEO), the State agency focused on economic development. She started her career in economic development and communications as an intern for the State and has since excelled in multiple leadership roles.

Kaitlyn received her bachelor’s degree in communications from University of Illinois at Springfield. She currently resides in Berwyn with her family.

Merrill Holden is a Business Development Manager at Intersect Illinois. Before joining Intersect, Merrill worked for the Ames Chamber of Commerce as an intern project manager. Originally from Chicago, Merrill earned his master’s degree in Community & Regional Planning from Iowa State University and his bachelor’s from Louisiana Tech University in General Studies. Merrill also spent his time playing collegiate basketball at both universities and later went on to play professional basketball abroad in several different countries. During his time abroad he took a passion in global development and international relations, which he leverages in his position at Intersect.

Dustin Ingram is a development practitioner with experience in project management and building regional economies.  Before joining Intersect Illinois, he served as a director at the Ames Chamber of Commerce and worked with over a dozen communities to attract and retain residents, jobs, and businesses.  Prior to Ames, he was the Economic Development Director for Ackley, Iowa where he worked with neighboring communities on regional revitalization strategies.  He received his master’s degree in Community and Regional Planning from Iowa State University and bachelor’s degree in Philosophy & Religion from Piedmont College, located in his home state of Georgia.


Reece Kuhart is a Graphic Designer specializing in brand development and marketing. Prior to joining Intersect Illinois, Reece worked as Lead Designer for the Fifty/50 Restaurant group, refreshing the look and feel of their numerous brands, creating menus and event collateral, and much more. A graduate of University of Wisconsin-Parkside, he was the first ever design student chosen to represent the Arts program in a research focused student showcase. Reece continues this research heavy approach within his graphic design and personal art as an illustrator.

Dominique has over 15 years of experience working internationally in economic development, focusing on trade and foreign direct investment attraction strategy and implementation with both growing companies and government agencies.

Before joining Intersect Illinois,  Dominique worked as the Managing Partner of Invest Shepherds LLC, a consulting firm she created in 2010 whose mission is to favor foreign direct investment of US and European businesses into french-speaking West Africa. The firm helps private, and public companies achieve their international business development goals by fostering straightforward, transparent, and direct business relationships across more than ten West African markets and facilitating relationships with federal and local governments.

Earlier in her career, Dominique served as Vice President of Business Development with Business France, the French government agency in charge of attracting and encouraging international investment into France. Her work with the agency resulted in dramatic increases in industry relationships, the development of a robust project pipeline, and a record of investment success in France. Dominique also worked as a business development manager with Invest in Quebec Agency, promoting foreign investment into the province of Quebec. She is a graduate of the University of Houston and holds a bachelor’s degree in International relations.

Before joining Intersect Illinois, Ms. San Millan worked for Newmark Knight Frank as a Senior Consulting Analyst on their site selection team. Paulina moved recently from New Mexico where she worked in several positions related to economic development for the past 10 years.

Robert Stephan has nearly twenty years experience in government, politics and the private sector. For the last nine years he has advised clients on governmental relations and communication issues in the education, healthcare and transportation industries, among others.

Robert is a 1999 graduate of Illinois State University and has completed Masters coursework at the University of Illinois-Springfield. He was appointed by Governor J.B. Pritzker to the Southwestern Illinois Development Authority in 2020. Robert resides in Godfrey, Illinois with his wife, Beth. They have two children, Alex and Maya.

Karley brings a wide range of experience to Intersect Illinois, after working in communications at World Business Chicago for nearly 13 years. Prior to WBC, Karley worked for the City of Chicago, spearheading communications and marketing around the city’s marquee events. She also has agency experience, having worked at Edelman on major consumer, healthcare and technology clients. Karley holds degrees in Journalism and Political Science from the University of Wisconsin-Madison.